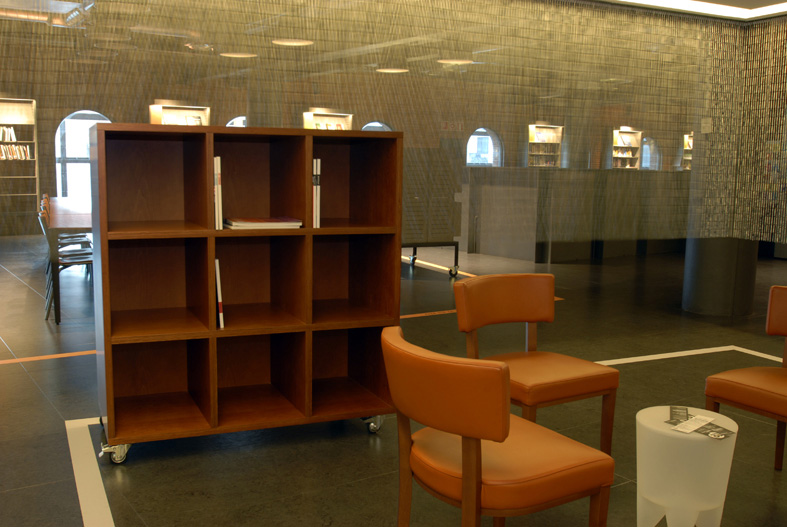 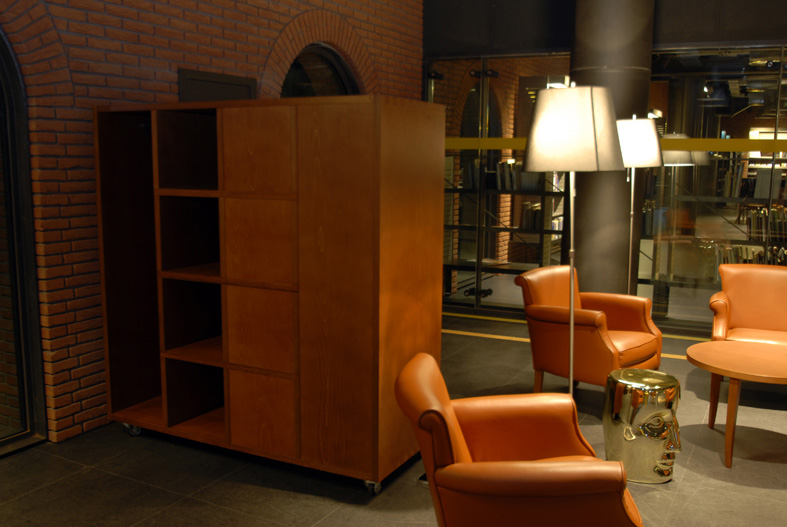 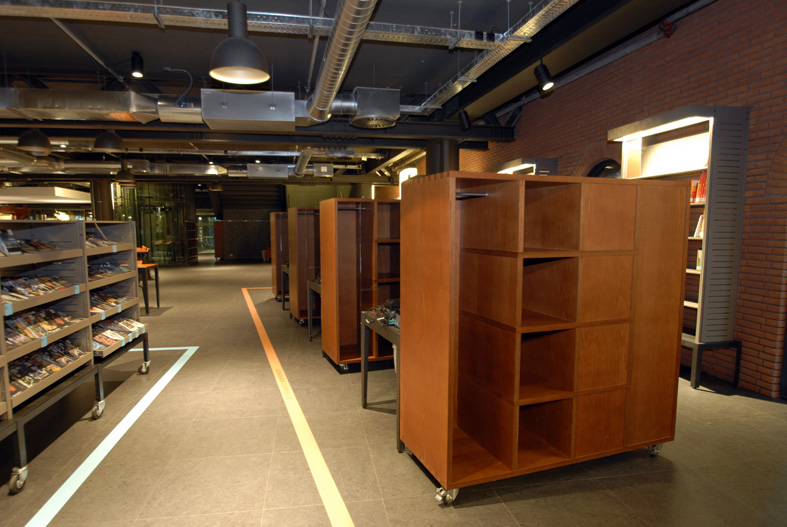 The Mediateka Alhondiga – Azkuna Zentroa project was a challenge to Landa Ebanistería: on one hand we worked with the world famous architect Philippe Starck. On the other, it was the first time we worked with a studio that was new to us in Bilbao: Trabe Interiorismo.

We have continued to work with this studio over the past 6 years and have completed very interesting, top-level projects. Trabe Interiorismo was responsible for coordinating the work. Taking part in such an emblematic project such as the Alhóndiga in Bilbao was a real challenge.

We shared the following process.

Firstly, we contacted Trabe and they provided all of the documentation: Plans, reports, etc. to start building the furniture in the workshop.

The furniture was made using birch plywood boards of a considerable thickness, assembling the furniture with ties to simulate the traditional assembly used in boxes.

This type of assembly was used for each piece of furniture to be placed outdoors.

Once the furniture had been made in the workshop, it was dismantled for varnishing. After varnishing, the furniture was re-assembled and stuck together, fitting the wheels as specified on the plans. Finally, it was taken to the premises.

The work involved different types of furniture: shelving distributed in different ways for use as a library in some areas, as consultation elements with computers in others, or simply as lockers with doors for users, equipped with individual locks.

The varnish used was a matt finish varnish and was not applied excessively thick to give a natural appearance to the wood, although with enough covered surface to protect it correctly for use.

The tinted finish in a toasted colour and the soft light atmosphere created by Philippe Starck gave a feeling of pleasant comfort in the library, which is not overly common in the libraries we have had the chance to see in Bizkaia or in the Basque Country in general.