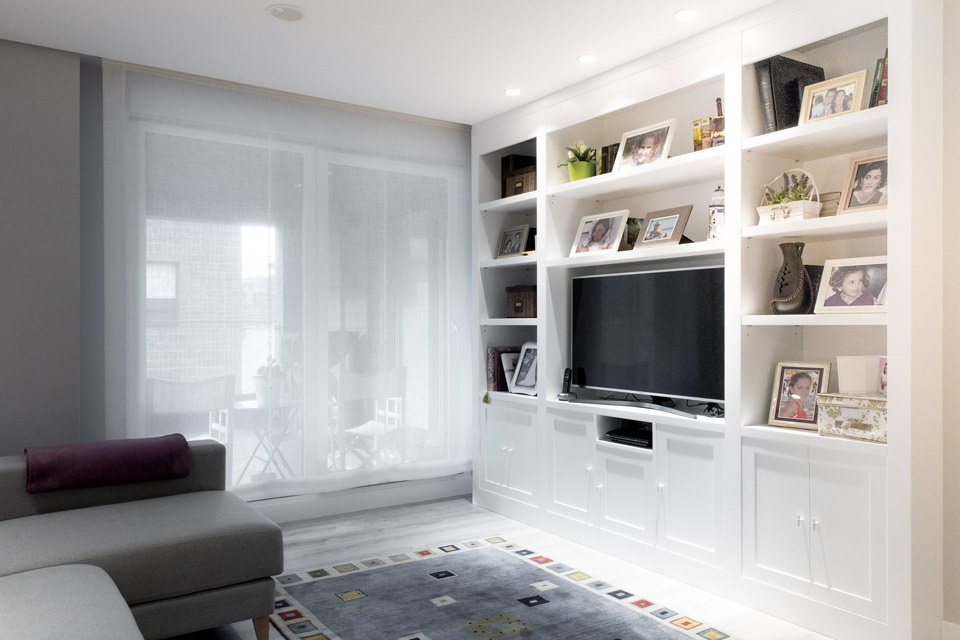 In this penthouse apartment, which is located in Trapagaran, we opted for a classic, simple design in every room. All the designs produced by Landa Ebanistería are finished in white lacquer, which makes them very bright.

Layout of the home.

A classic lacquered bookcase has been incorporated into the living room. Doors, shelves and legs have been simplified by eliminating grooves and ridges. The central section contains a space for the television, surrounded by a number of lacquered shelves, lit from the ceiling by LED downlights. The bottom doors are fitted with handles made by Formani.

The hall cupboard has doors with a lacquered exterior divided into three panels made with a smooth trim, the same as the bookcase. The style is still classic, but simplifying it makes it more modern. As a finishing touch, we opted for a smooth jamb in the ceiling opening. The cupboard is rounded off with handles that are a perfect match and were chosen by the owner, and an interior made of textile-finish laminate.

Moving on to the wardrobe in the master bedroom of the house, we sought to make it similar to the hall cupboard, in this case making the panels with recesses. We decided to leave the centre panels with glass, adding interior curtain features. The handles and the layout of the interior elements, such as the shelves and drawers, are also specified by the owner. 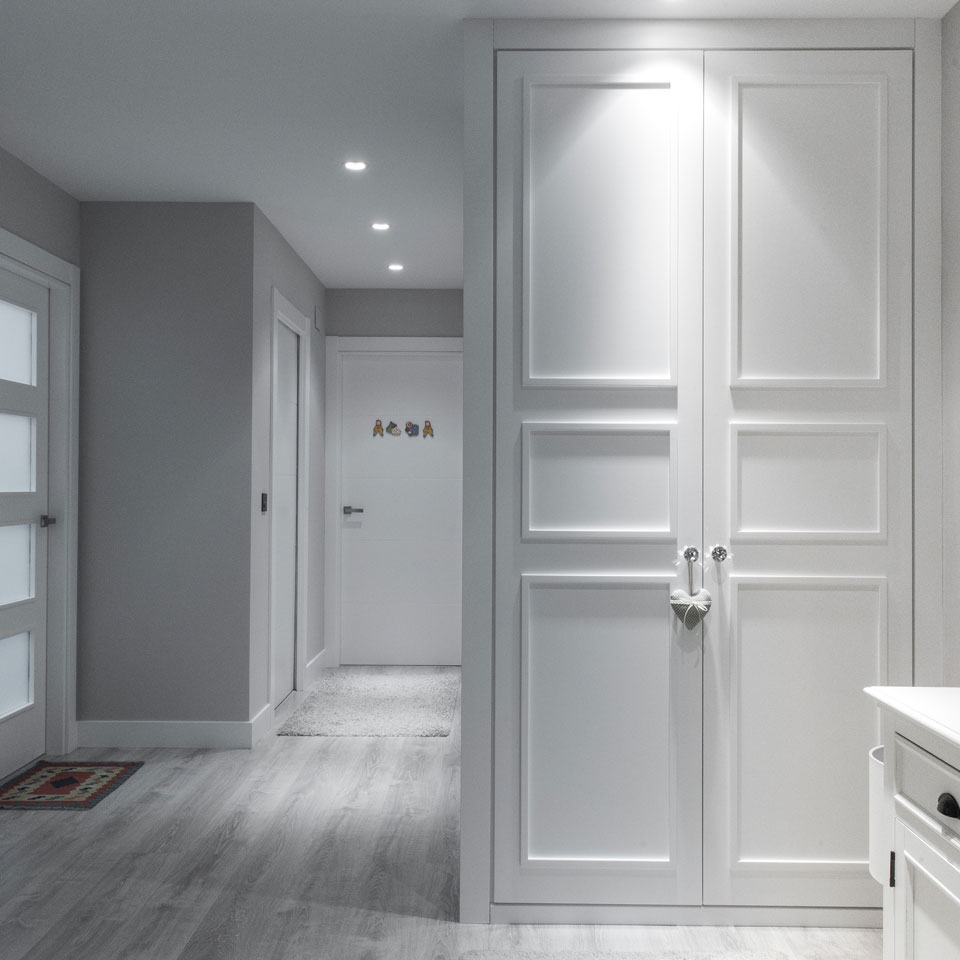 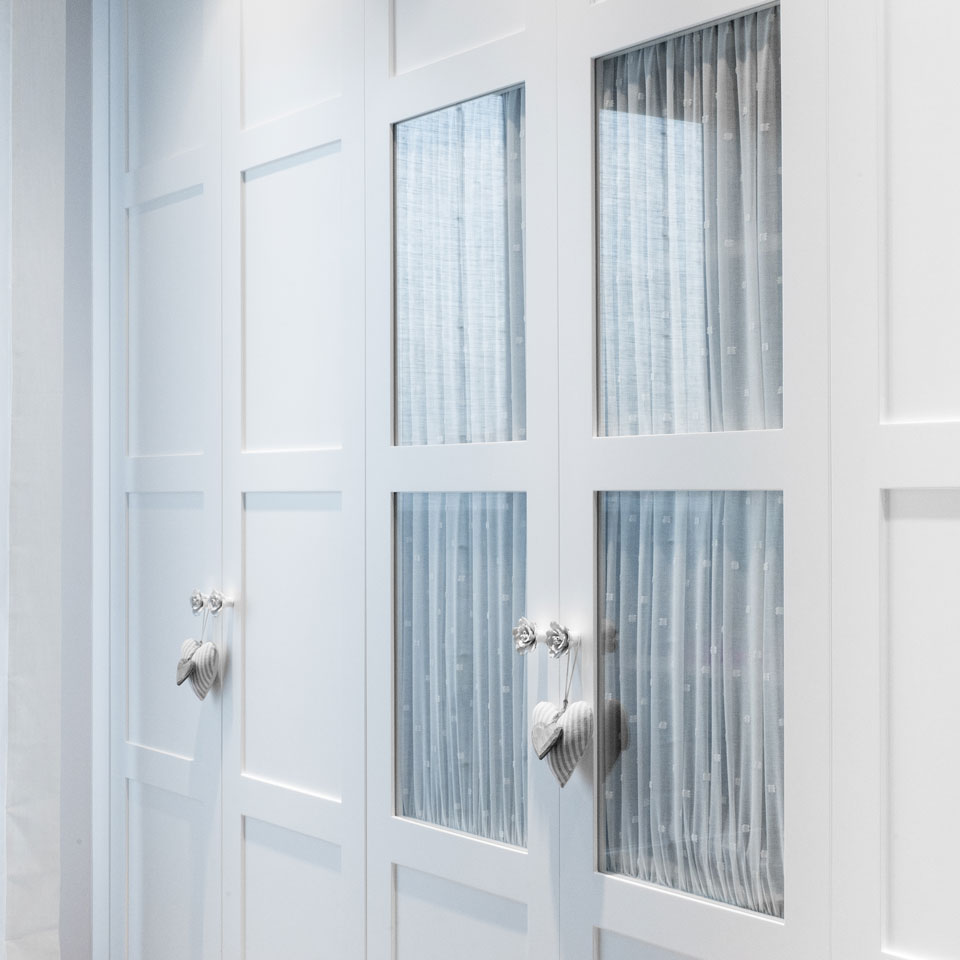 Finally, moving on to the girl’s bedroom, the lacquered white finish also predominates, making the coloured wall paper stand out. To meet the customer’s needs, we made a desk on wheels to make it easier to access and maintain the window. On the right there is a space for the owner to install a chest of drawers. Next to the bed, to the left of the desk, there is a shelving unit that also serves as a bedside table, with an empty space on the side.

The bed and the other furniture in this room are lacquered in white and have false panels for the three drawers under the mattress. The bed ensemble is finished off with a rear trim made in the form of a headboard to protect the wall. 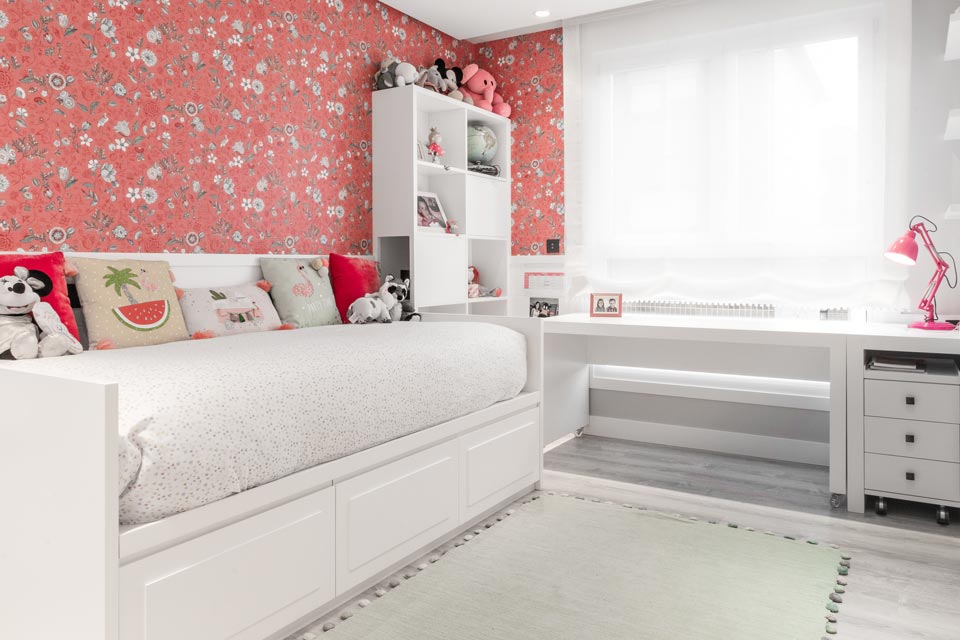