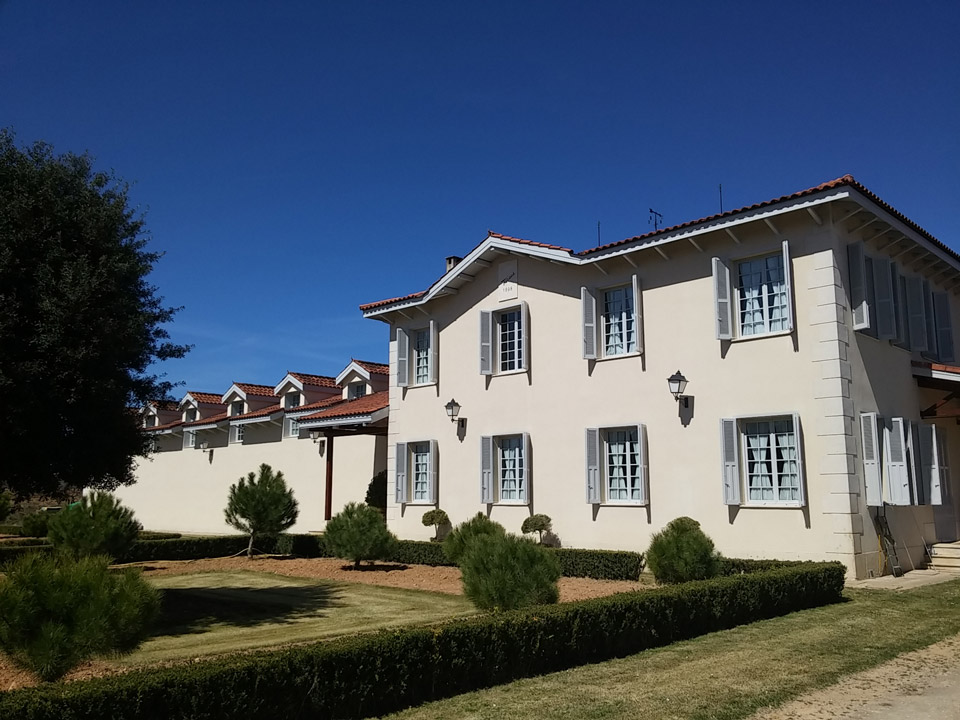 Remodelling of the façade and interior of the Bodegas Tarsus winery in Roa, Burgos.

Winery belonging the company Domecq with which we have been working for many years.

In this case, the outside shutters of the building were initially replaced, as they were in bad condition. The existing shutters were removed and others that were exactly the same, made of cedar wood were fitted. We used all of the original fixtures from the winery, subjecting them toacid cleaning. They were all painted and reinstalled on the new shutters before being fitted on the façade.

The initial grey colour was maintained. Almost 70 outside shutters.  The sashes were also restored, which had deteriorated through exposure to the sunlight, withstanding high temperatures during summer months, in contrast with the low temperatures of other seasons of the year. These contrasts do not help wood at all, but they do help the vines.

Once the outside was complete, the reception area was refurbished, covering the walls with MDF board before painting it, replacing any boards in bad condition (once scaffolding had been set up in the central courtyard).

Furniture was even restored, and new furniture built, designed by the in-house designer, Juan Arriazu, who was responsible for the project and for site management in these and other facilities owned by the same company.