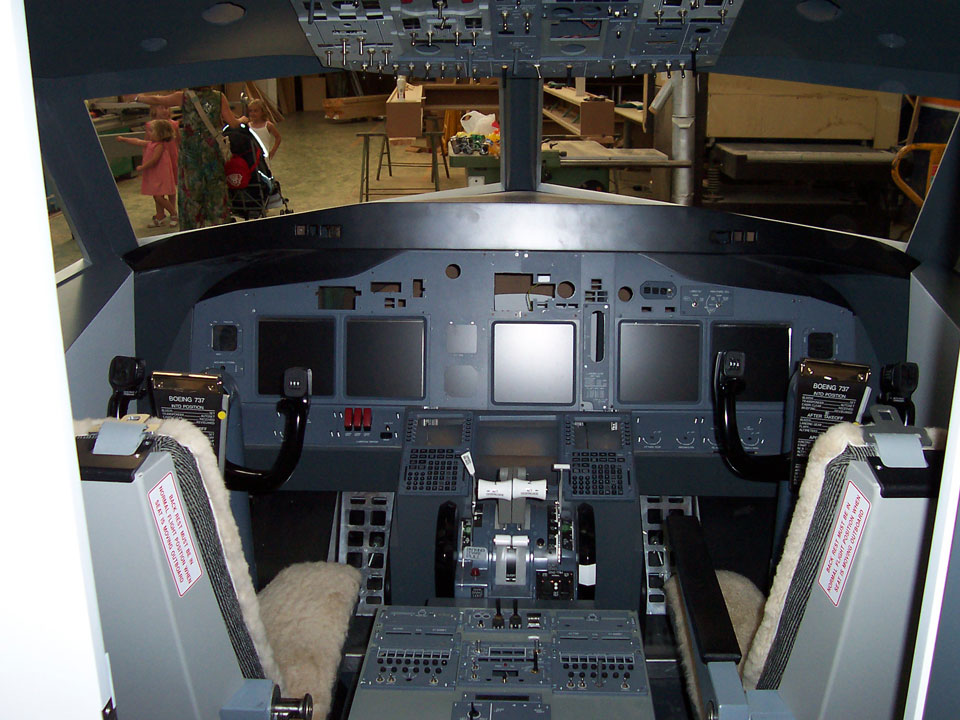 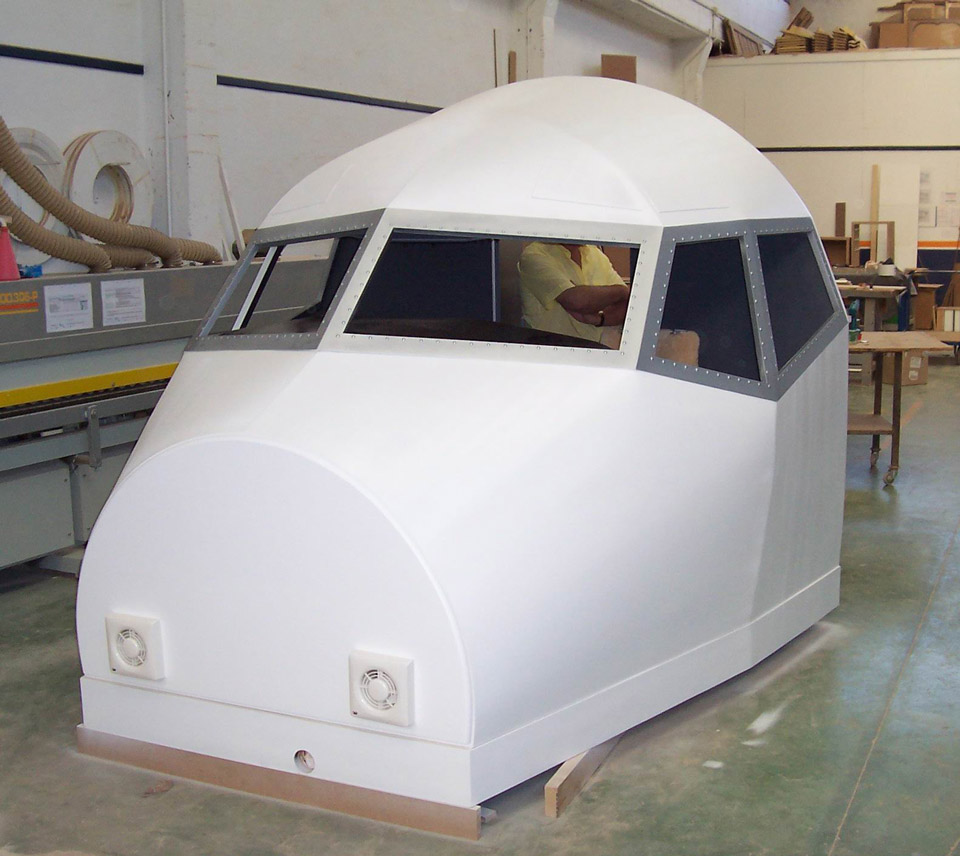 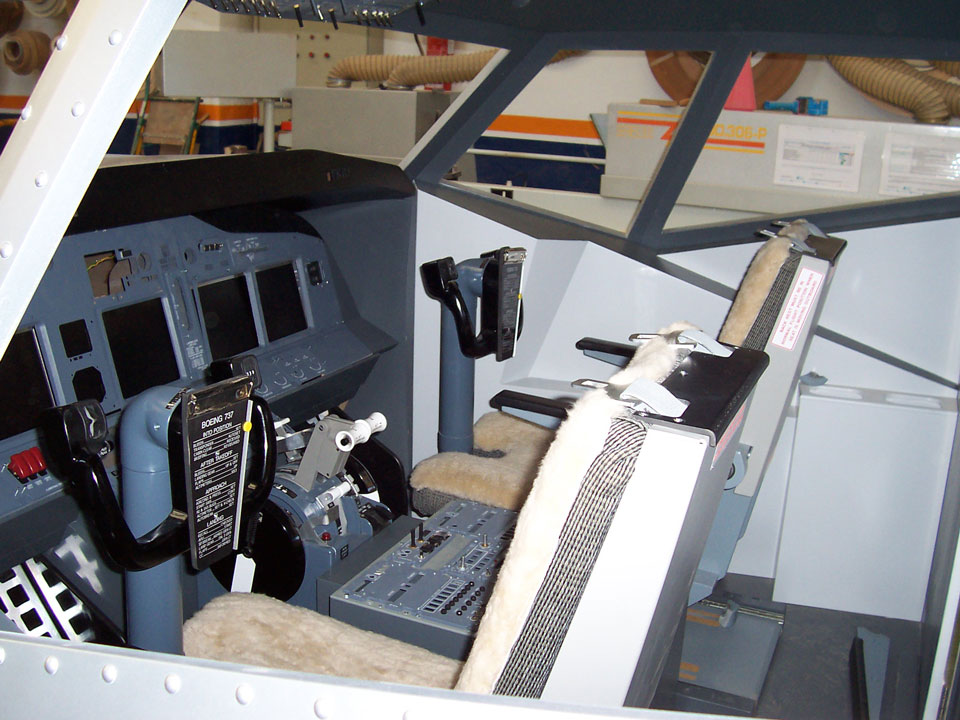 This project was started following the initiative of SIMULUM, Ricardo Ramírez and Mikel Azpiri, who suggested the possibility of producing an exact replica of the cockpit of a Boeing 737.

This did not initially seem overly complex, as we thought it only had to be similar, that the aim in terms of appearance was to make it look as similar as possible, but what Ricardo and Mikel proposed was a exact reproduction. All interior equipment, keypads, control panels, seats, etc. would be originals by Boeing and, therefore, we had to produce a cockpit in which all of these elements would fit.

We first had to work with plans supplied by the owner, with the added difficulty that these were drawn up in inches. We had to redraft them and scale them before they could be sent to the workshop. In the workshop, we laid out the ground plan and established points as coordinates in order to make the necessary curves at each point.

Once the entire structure was complete, the exterior was covered in board, making the joints using glue to avoid cracking.

Once all of the exterior work was complete, we proceeded with the interior lining, including the rear access door to the cockpit. The entire exterior was then lacquered white and the interior grey, using the RAL supplied by Boeing.

Once all of the work was complete, we received the controls that were fitted in their corresponding gaps before being secured and left completely ready for use as a simulator.

One of the most significant complications in this project was the fact that this simulator had to be placed in a room through an 82-cm high door. Everything we did in the workshop had to be dismantled and installed at the facilities of the former Sondika airport.

We looked for connection points, using the exterior window frames, to do so in several parts that could then be assembled at the final location. It could even be dismantled at any given time and transported to another site.

A circular screen was also produced with this simulator, on which images were projected so that the pilot could practice routes, for example Bilbao to Madrid, with real images recorded and with a sound that is exactly the same as that of the original plane. All of this while operating the original Boeing controls.