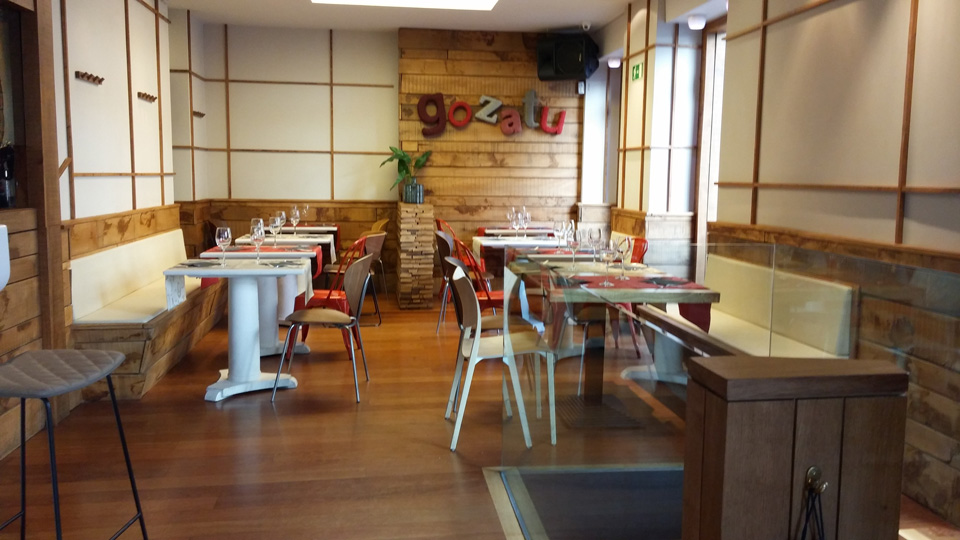 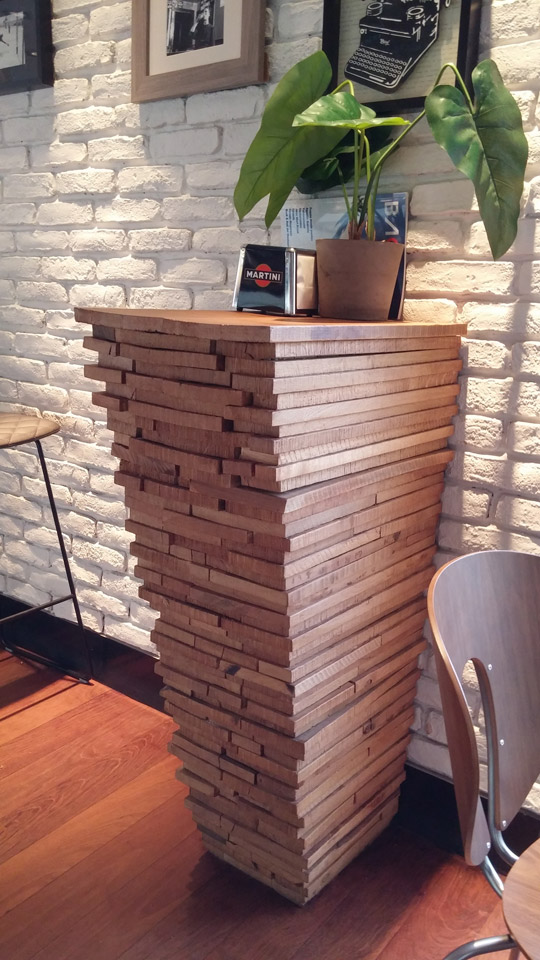 This is a new bar belonging to the restaurant chain Gozatu in which variations were made, respecting the finishes and general lines of the chain. For example:

Due to the specific nature of the premises, several steps were made and a glass balustrade to cover the stairwell to the basement used as storage and other purposes.

The material used is untreated, sanded oak directly from the lumber mill, a common characteristic to the premises owned by the chain